Tobias “Tobi” Lütke (born in 1981) is a German-born Canadian billionaire entrepreneur, the founder and CEO of Shopify, a corporation based in Ottawa, Canada. He has been a part of the core team of the Ruby on Rails framework and has created open source libraries like Active Merchant.

Lütke was born in 1981. He received a Schneider CPC (German brand of the Amstrad CPC distributed by the Schneider Rundfunkwerke AG) from his parents at the age of six. By 11 or 12, he began rewriting the code of the games he played and modifying the computer hardware. Lütke dropped out of school and entered an apprenticeship program at the Koblenzer Carl-Benz-School to become a computer programmer after tenth grade.He moved from Germany to Canada in 2002.

In 2004, Lütke, along with his partners, Scott Lake and Daniel Weinand, launched an online snowboard shop, named SNOWDEVIL. Lütke built a new e-commerce platform for the site, using Ruby on Rails. Soon after, the Snowdevil founders shifted their focus from snowboards to e-commerce and launched Shopify in 2006. He has served as CEO since 2008 at the company’s headquarters in Ottawa, Canada. Tobi Lutke owns 6.7% of Shopify, which went public in 2015.

Shopify, a leading global commerce company, had over $2.46 billion in 2019 revenue; it has over 1 million businesses as customers from 175 countries. World top businesses that use Shopify technology for online ecommerce sales include Kylie Cosmetics and shoe retailers Rothy’s, Gymshark, PepsiCo, Staples, and Allbirds.

Tobi is an active advocate for sustainability, computer literacy, and education, and serves as a board member of Canada Learning Code, an organization with an aim to give all Canadians access to digital skills. He has also served as Chair of the Digital Industries Table, an advisory board commissioned by the federal government to provide recommendations on how to turn Canada into a digital leader.

In November 2014, Lütke was named “CEO of the Year” by The Globe and Mail.

What Is Shopify & How Does Shopify Work?

How to Reduce Your Cart Abandonment Rate?

Shopify Dropshipping In India – What you need to know 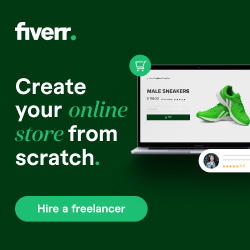